Tiernan Oliver, solicitor in our family law department, examines the new legislation introduced to give further protections to victims of domestic violence.

Domestic violence in Northern Ireland has become an increasingly worrying issue in recent years and, in particular given the pressures of lockdown, it has become an issue of growing concern. In Northern Ireland last year alone there were over 32,000 incidents of domestic abuse reported to the PSNI, tragically including five deaths. The records show there has been a steady increase in the levels of domestic abuse incidents and crimes recorded by police, with incident levels in 2020 being double what it was when reporting was introduced in 2004. These statistics reflect the concerning levels of domestic abuse ongoing in Northern Ireland and it became clear that action was necessary to provide better support to those most in need.

The new domestic abuse bill became law here on 18 January 2021, and the changes to the law relating to its implementation, will create greater protection for victims of domestic abuse. Domestic abuse victims have been given a new remedy which recognises not only the effects of physical violence but also those actions which would fall under the category of coercive control and psychological abuse.

But what do these terms mean for the vulnerable victim? Coercive control and psychological abuse can be defined as a pattern of behaviours inflicted upon the victim in a manner which disrupts their day to day activity. This in turn creates an environment of power control by the abuser, in which they are seen to be punishing or manipulating the victim in ways not isolated to physical violence. Examples include emotional abuse by way of name calling, financial control in the form of overseeing the victim’s bank accounts and how they spend their money, and technological control such as the control of the victim’s mobile phone and social media accounts. These behaviours can detrimentally impact the victim’s psychological wellbeing and create an atmosphere of fear. The endorsement of the new bill, and the inclusion of coercive control as a criminal offence, will hopefully serve to eradicate the previous perception that physical violence was a necessary component to prove domestic violence existed in a relationship.

The legislation has also introduced further protections which will see perpetrators receive more severe punishments should children be impacted by this type of behaviour. This is coupled with an increase in the maximum jail sentence, which could see those convicted of an offence under the new legislation facing up to 14 years in prison, to reflect the seriousness of such crimes and placing domestic abuse at the higher end of the scale of criminal offences.

Domestic abuse is undoubtedly a callous and cowardly crime. Victims are often too afraid to speak up, or feel trapped by circumstances, and can fear the repercussions and the potential for abuse from a perpetrator. As lawyers, we can be the first to hear from victims, many of whom are unaware of the court protections available.  Anyone suffering from this type of abuse should find reassurance that there are steps that can be taken to protect them.  Indeed, the Justice Minister, Ms Naomi Long in a recent Stormont address referred to the important role played by solicitors in providing assistance and advice to those fleeing domestic violence. The new domestic abuse legislation will provide hope for those who have all too often suffered or are suffering in silence.

There are a number of charities and platforms that can provide urgent and free support to those who need it such as Women’s Aid, the Men’s Advisory Project, The Domestic and Sexual Abuse 24 hour helpline, as well as GPs, Social Workers and the PSNI. As outlined by Sonya McMullen from Women’s Aid, domestic abuse “does not end at the point of separation”; it is important to note that the legal system provides ongoing protection once the victim has had the courage to leave the abusive relationship.

With a year that has seen so many changes and uncertainties during lockdown, the introduction of the domestic abuse legislation will provide a strengthened safety net for victims of domestic harm in a manner now far beyond that of physical violence alone. If you need legal advice regarding an issue of domestic violence or any family law matter, please do not hesitate to contact our specialist family team by e-mail at [email protected] or by phoning our Family Law Department directly on 028 9181 1538. 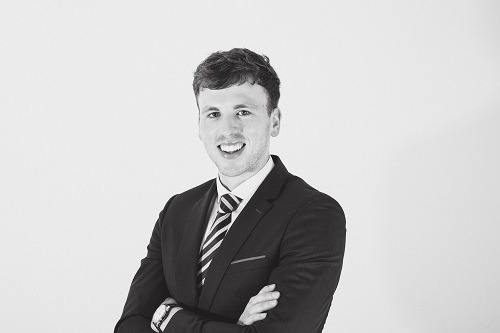