News & Articles  »  Articles  »  Dispelling the myths surrounding what happens when a relationship breaks down. 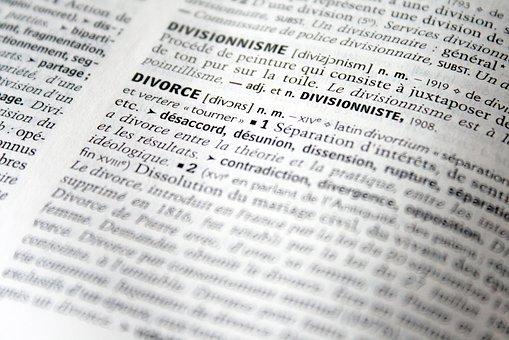 Dispelling the myths surrounding what happens when a relationship breaks down.

Having provided advice and representation in this area of law for many years, we are aware that frequently there can be confusion and misunderstanding about the legal process when a relationship breaks down.  Here we address some of the common fallacies upon which people frequently seek our advice.

In Northern Ireland, this is not yet the case. In October 2015, plans were announced by the Northern Ireland Assembly to consider whether a system similar to eBay could be put in place to allow those wishing to Divorce to do so online, similar to the system used in the Netherlands and Canada. It remains to be seen how this would work in practice, particularly in complex cases. The traditional system in Northern Ireland remains at present, where proceedings are issued in paper format and the Petitioning party is required to attend Court to give evidence for the Decree Nisi to be granted.

This is a misconception that can cause great surprise to the ‘wronged’ party. People are often surprised to hear that because their spouse has, for example, committed adultery, this will not mean that they get more out of the pot of finances because they are to blame.  Only in very rare cases will the conduct of one of the parties be sufficient for the Court to penalise them in the financial settlement i.e. where it would be unfair to the other party to disregard it. This may refer to rare and extreme cases such as serious financial misconduct, or where one party has caused serious injury to the other, leaving them unable to work, for example. In general, where a husband or wife’s behaviour has caused the marriage to end (e.g. by way of adultery or unreasonable behaviour) it is unlikely that that behaviour will be sufficient to impact upon the financial settlement.

There is no formal requirement for a separating couple to record their separation either with the Court or with Solicitors in order to permit them to seek one of the separation grounds for Divorce in the future. Separation is usually obvious i.e. one or both parties leaving the matrimonial home, or if neither party is able to move out, can be evidenced by separate bedrooms, and socialising, eating, cooking and doing chores separately. Sometimes a ‘legal separation’ can refer to a resolution of the matrimonial finances, by way of Matrimonial Agreement, which aims to reach resolve all outstanding financial matters pertaining to the marriage.

It is highly unlikely that one party will be awarded the entirety of the assets in a case. Each case is dealt with in a fact-specific way, with the ultimate objective to obtain fairness for both parties; it would therefore be unusual if this meant that one party would be left with nothing.

While the parties remain married, sexual relations with another person can still be cited as adultery, even post separation.

This is not the case – even where there has been a very lengthy separation (10 or 20+ years) you never ‘automatically’ become divorced.   One of the parties to the marriage is required to make an application to the Court for the Divorce process to take place.

Naomi Devlin is a Solicitor in the Family Department at Worthingtons Solicitors :  For advice, please visit our website www.worthingtonslaw.co.uk or contact Naomi on 028 9181 1538 or 028 9043 4015.