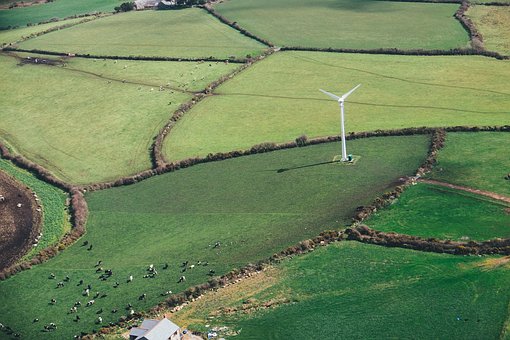 The Life of Pye!

Celia Worthington discusses the case of Pye (Oxford) v Graham which held the law of adverse possession contravenes a land owners right to peaceful enjoyment of his possessions.

Most of us are familiar with the phrase “Possession is nine tenths of the law”. This came from the laws relating to land ownership where ownership evolved from land that was in possession of the occupier. Thereafter it was used as a form of currency with the King bestowing title to land on Lords in return for services. However notwithstanding the identity of the legal owner being known, it has always been possible to dispossess a land owner of his lands by occupying them. This law of “adverse possession” was eventually formalised in Northern Ireland in the Limitation (Northern Ireland) Order 1989.

Basically if the occupier of lands often known as ‘the squatter’ has gone into possession of the land for twelve years without any concealment, force or consent then the title owner could be dispossessed and prevented from bringing proceedings for return of the land.

The modern doctrine of adverse possession is relied upon and applied in numerous every day conveyancing transactions. A very common scenario is where boundaries on the ground have moved over the years so that when a survey is carried out it is discovered that there is extra land over and above that contained in the deeds. Statutory declarations would be sought from occupiers and placed with the deeds so that these could be used in any subsequent application to the land registry for registration or to assist defend an action for trespass instigated by the title holder.

Case law over time has established the criteria that the squatter has to meet providing practitioners with clear guidelines that they can use to advise clients involved in such cases. However, a recent case in the European Court of Human Rights entitled J A Pye (Oxford) Limited and another –v Graham [2002] UKHL has ruled that the law of adverse possession contravenes a land owners rights to peaceful enjoyment of his possessions.

The case went through the English Courts culminating in a House of Lords decision that the occupier (Graham) had dispossessed the title holder (Pye) of farm land occupied by Graham for more that twelve years. Pye took the case to Europe alleging that his human rights had been infringed. The land in question, development land in Berkshire, is purportedly worth millions.

Pye had allowed Graham to occupy the land for grazing purposes in 1977 and recognising that it could have development potential had entered into a licence whereby Graham was allowed to occupy the land until 31 December 1983. The licence allowed Graham to use the land for grazing or mowing. It expressly stated that after its expiry there would have to be a new contract. However no further agreement was ever entered into and even though Pye requested Graham to vacate the land Graham remained in occupation farming the land. Eventually Pye took possession proceedings and Graham defended them, eventually succeeding in the House of Lords. Even though there were strong facts in the case in favour of Graham, the Lords were reluctant to find in Graham’s favour as in effect this allowed him to retain a piece of land which he had farmed for nothing and was now worth a small fortune. Mr Graham had died in a shooting accident before the trial and the action was continued by his widow.

The decision at the European Court has now ruled against Mrs Graham and thrown the whole framework of adverse possession into disarray. Practitioners await with keen anticipation the result of the UK’s appeal of the European decision to the Grand Chamber of the European Court of Human Rights. If the decision is upheld and no amending legislation is implemented then the future of adverse possession laws in Northern Ireland is in the hands of local judges. It is expected and, for those suffering from the uncertainties Pye has created, hoped that a test case will be taken in the High Court in Belfast allowing for eventual appeal to the House of Lords to ascertain the compatibility or otherwise of our local legislation with the human rights convention. Some commentators believe that the European Courts were swayed to find in favour of Pye due to the value of the land in question and the particular facts of the case. Others believe that cases will now on the whole only be looked at more favourably for the squatter in circumstances where the squatter has no knowledge of the identity of the land owner.

In the meantime, until certainty is brought back into play, it seems that the cards are stacked against the squatter.