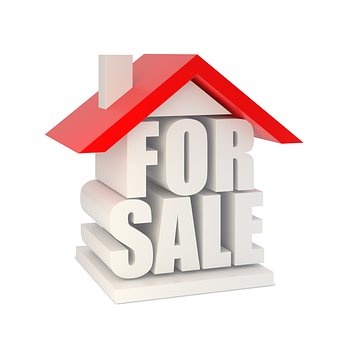 Skeletons in the Closet?

On the approach to Halloween, numerous haunted house tours or ghost walks have been advertised to entice thrill seekers for some spooky sport. This article considers when selling a property, does the Vendor have to disclose details of the history of their house, be that paranormal, horror stories or otherwise

Skeletons in the Closet?

The principle caveat emptor, which translates to let the buyer beware, applies to all property transactions. The risk is placed at the feet of the Purchaser who must make all reasonable inspections of title and the condition of the property. However, the Vendor is obligated to disclose information which may be relevant to the prospective Purchaser. In Northern Ireland, this information is provided by way of reply to a standard form questionnaire, the Law Society Replies to Pre-Contract Enquiries, which raises extensive questions.

If a Vendor provides misleading information regarding the property, specifically an untrue statement of fact or law which induced the Purchaser to buy, this may give raise to an action of misrepresentation. The Purchaser may have a number of remedies available to them, depending on when the misrepresentation is discovered, such as rescission of the contract, a reduction in the purchase price or damages. Does this disclosure extend to the history of the property?

This question was the subject of the case Sykes v Taylor-Rose [2004] EWCA Civ 299. The property the subject of the case was one with a chilling history. In the early 1980’s the property was owned by Dr Perera, a dental biologist and his wife. The couple adopted a young girl, who later went missing and was found dead. Dr Perera was later convicted of the girls murder, the details of which are particularly gruesome. It transpired that Dr Perera dismembered the body and police discovered parts of the body hidden in different locations of the house, in the garden and in Dr Perera’s laboratory.

The respondents in the case, Mr & Mrs Taylor-Rose, purchased the house in the late 1990’s and were unaware of the horrific history of the house. However, sometime thereafter they received an anonymous note enclosing newspaper clippings of articles on the murder trial. Mr & Mrs Taylor-Rose sold the house in 2000 to the appellants of the case, Mr & Mrs Sykes. When asked within the Pre-Contract Enquiries, “Is there any other information which you think the buyer may have a right to know?” the Taylor-Roses responded “no”. The Sykes become aware their new home was the site of a gruesome murder from a TV documentary and immediately marketed the property for sale. They felt compelled to disclose the details of the houses history and it was sold £25,000 below the advertised value.

The Sykes issued proceedings against the Taylor-Roses for misrepresentation. In the first instance, the County Court dismissed the claim, the Sykes then appealed the decision. The construction of the question posed within the Pre-Contract Enquiries was deliberated by the Lord Justices hearing the appeal. The appellants argued that enquiry called for a disclosure of facts which any reasonable person would think the Purchaser had a right to know. The information regarding the murder, received by the Taylor-Roses as contained within the newspaper clippings was not as detailed or graphic as the details contained in the later documentary. For instance, that parts of the girl’s body were found within the walls of the house and further that at that date not every part of the body had been discovered. The Court of Appeal found the question within the Pre-Contract Enquiries was to be subjective and the response of “no” was held to be an honest opinion of the Vendors of information they thought the Purchasers were entitled to.

Lord Justice Peter Gibson stated that he felt “a great deal of sympathy for the appellants,” however the question before the court is “a dry question of law.” The appeal was rejected and on the facts of this case, the Purchaser was not entitled to the history of the house as posed by the question “Is there any other information which you think the buyer may have a right to know?”

However, if the question posed had been more specific, and spoke to whether there was any information that may affect the price and marketability of the property that the Purchaser should be made aware of, the result may have been entirely different. Lord Justice Peter Gibson acknowledged this defect in the language of the question posed and the limitations of the question as a result.

The burden of caveat emptor still rests with the Purchaser and its effect has not been narrowed. Likewise, the importance of the Vendor in providing accurate and honest replies to Pre-Contract Enquiries is apparent. It is to be noted that the specific enquiry the subject of the above case is not included within the current Law Society Replies to Pre-Contract Enquiries in Northern Ireland. Further, all enquires raised relate to the property’s physical characteristics, such as the type of construction, and legal characteristics, such as Easements over the land which are not disclosed in title. The queries raised do not speak to the property’s history nor the history or character of the former owners.

Below is a link to the Case Judgment for further information.

Worthingtons Solicitors regularly act in the sale and purchase of properties, and in cases of misrepresentation. Please do not hesitate to contact us on 90 434015 or complete the form below if you have any queries in this regard.