News & Articles  »  Articles  »  Security of Tenure in leases; differences between England and Wales and Northern Ireland 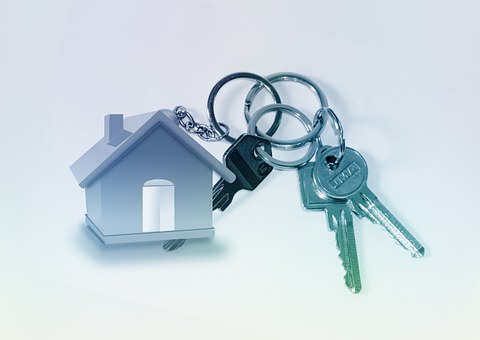 Security of Tenure in leases; differences between England and Wales and Northern Ireland

Michael Duffy, a Solicitor in Worthingtons Commercial Property and Banking Department discusses the differences with security of tenure between England and Wales and Northern Ireland.

Security of Tenure in leases; differences between England and Wales and Northern Ireland

What is Security of Tenure?

Security of Tenure is the right for a business Tenant of a property to occupy it after the lease term expires.

In England and Wales, the relevant legislation is the Landlord and Tenant Act 1954 (“the 1954 Act”). This Act gives Tenants under a commercial lease a statutory right to renew the tenancy at the end of the term and the Landlord can only oppose renewal on certain limited grounds. The most commonly used grounds are that the Landlord has a firm intention to demolish or reconstruct the premises at the end of the tenancy and cannot do so without obtaining possession from the Tenant or that the Landlord intends to occupy the premises for his own business purposes. If either of these grounds are successfully used by the Landlord, compensation may be available for the Tenant.

However the 1954 Act allows the Landlord and Tenant to agree that the statutory renewal protections of the 1954 Act will be excluded provided the ‘contracting out’ procedure is followed. Following the procedure means that:

Under the BTO 1996, any business tenancy which term is greater than 9 months is protected and the Tenant will have security of tenure and the Landlord and Tenant cannot ‘contract out’ of the provisions of the BTO 1996.

Once a Tenancy comes to an end, the Landlord may only oppose a tenancy application by the Tenant on limited grounds, namely:

A. There has been a substantial breach of the Tenant’s repair and maintenance obligations under the Lease.

B. The Tenant has persistently delayed in paying rent which has become due.

C. There have been other substantial Tenant breaches under the Lease.

D. The Landlord has offered and is willing to provide or secure the provision of alternative, suitable and available accommodation for the Tenant.

E. Where the current tenancy was created by the subletting of part only of the property and the Landlord requires possession of the holding for the purpose of letting or otherwise disposing of the property as a whole.

F. That on termination of the current Tenancy, the Landlord intends to demolish a building or carry out substantial works.

G. The Landlord intends the holding to be occupied for a reasonable period for the purposes of a business to be carried on by the Landlord.

H. That the Landlord is a company and that on termination of the current tenancy, a person with a controlling interest in the company intends to occupy the holding for a reasonable period for the purposes of a business to be carried on by him or the company.

I. Where possession of the premises is reasonably necessary for a public authority to carry out its functions under any statutory provision or rule of law.

Compensation is payable to the Tenant if the Landlord successfully opposes the grant of a new Tenancy under grounds E, F, G, H or I detailed above. The Landlord cannot rely on grounds G and H unless he has owned the premises for a period of 5 years as of the time the Tenancy is terminated.

Although there has been consultations with the Northern Ireland Law Commission with regards to reforming the legislation to bring it more in line with England and Wales, this is yet to come to pass.

Michael is a Solicitor in the Commercial Property Department at Worthingtons and is dual qualified to practice in both England and Wales and Northern Ireland.