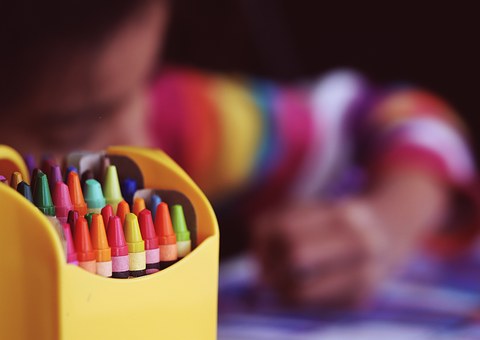 Worthingtons Solicitors were instructed on behalf of a young primary school child, who has Asperger’s Syndrome, an Autism Spectrum Disorder (ASD), and who is the subject of a Statement of Special Educational Needs. The young girl was excluded from her class residential away trip, and was suspended from school on two occasions as a result of her behaviour, which arose (it was argued) as a result of her disability and as a result of the school’s failure to put in place adequate coping strategies for her.

The facts of the case:

School residential trips tend to be the highlight of a child’s school year – they are an opportunity to gain experience of different activities and engage in team challenges, whilst strengthening friendships and gaining independence. One such trip was planned in this pupil’s school and she was very excited at the prospect, having been given a leaflet inviting her to attend.

The child’s mother had consistently been given the impression that the child was doing well in the school through school reports, parent-teacher meetings and annual reviews with the school’s SENCO (Special Educational Needs Co-ordinator), to the point that the Education Authority’s ASD services had not been required, and so she did not question her daughter’s inclusion in the trip. However, within days of the child being invited on the trip, the child’s mother was informed that the trip was considered unsuitable for her child. This was, she was informed, as a result of a verbal risk assessment that had been carried out following the Annual Review which was held only days before. Indeed, during the Annual Review the child’s mother had asked about arrangements for the trip, and received continued reports of how well her child was doing.

This was very difficult for both mother and daughter – the young girl was obviously aware of the trip having been informed of it, and was unsure why she could not attend when her peers were able to. This further differentiated her from her peers, and led to anxiety and uncertainty at what would happen to her when the other children were away on the trip. Moreover, this was very confusing for her mother, who had repeatedly been informed that her daughter was coping well in school.

The girl’s mother tried repeatedly to engage with the school to facilitate her daughter’s attendance on the trip, as her daughter was really looking forward to it, and had successfully been on two two-night residential activity trips within the past two years with a voluntary organisation. The girl’s mother believed that, with the right support, her daughter could attend, and indeed that the trip would help her daughter achieve objectives in her Statement of Special Educational Needs, for example, developing her social, interaction and play skills, particularly with her peers; developing independence; and building up her self-esteem.

A copy of the written risk assessment provided some weeks later had a different focus – the needs arising from her daughter’s disability. This risk assessment seemed to list aspects of her disability and use these as the basis for why she could not go. There appeared to be no consideration in this of how her attendance could be facilitated.

Subsequently, the young girl was suspended on two occasions, and received a serious behaviour sanction, which were to remain on her school record. The behaviour which led to these suspensions was, it was claimed by the mother, caused by the young girl’s disability. She claimed that there were inadequate strategies in place to manage the child’s build-up of anxiety, to diffuse tension, or to communicate adequately during these times. Therefore, it was claimed that the child’s reactions in the classroom, which led to these suspensions, were a consequence of adequate strategies not being put in place for her. Prior to this, the child’s mother had attended the school, and advised on strategies that could be implemented should challenging behaviours occur. These had not been implemented, indeed one strategy being used by the school was for her daughter to go ‘under a table’ as her ‘safe space’, which was, it was argued, demeaning and degrading.

The case, therefore, made to the Special Educational Needs Tribunal was that the young girl was subjected to unlawful discrimination in relation to her exclusion from the school trip, including the process of risk assessment relative to that trip, and also in the manner in which she was subsequently disciplined in relation to her behaviour in school.

The Tribunal found that the school had unlawfully discriminated against the young girl in relation to her disability, contrary to the provisions of The Special Educational Needs and Disability (Northern Ireland) Order 2005 (“the 2005 Order”).

The Tribunal highlighted that the child’s interests should be the paramount consideration of both teachers and parents, and found that:

Should you have any queries in regards to the education provision currently provided to your child with special educational needs please do not hesitate to contact Emily Paisley on 02890434015 or email info@worthingtonslaw.co.uk