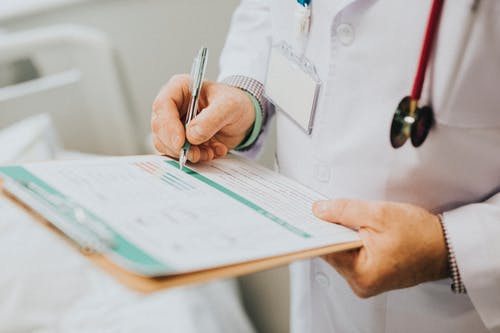 The most recent revelation to emerge from the ongoing investigation by the Belfast Health and Social Care Trust into Dr Michael Watt is that one in five of his patients were misdiagnosed.

In May 2018, the Belfast Health and Social Care Trust announced its intention to recall 2500 patients following an independent review of the notes and records of patients treated by Dr Michael Watt, Consultant Neurologist.  This was followed by the recall of a further 1000 patients in August 2018.

The large scale recall arose following a review of notes and records of patients treated by Dr Watt after a GP raised concerns regarding the care provided by Dr Watt to a patient.

An investigation was carried out by the Belfast Health and Social Care Trust in conjunction with the Department of Health. The outcome of the investigation was due to be published earlier this year but was cancelled, leaving more than 3000 patients with unanswered questions.

A BBC Spotlight programme which aired this week focussed on details contained within the report.  It has already been confirmed that almost 600 patients were given an ‘insecure’ diagnosis, that is a misdiagnosis of epilepsy, multiple sclerosis, motor neurone disease or other neurological conditions.  More than 300 other patients have been advised that their diagnosis requires to be reviewed while a further 500 have been advised that they were prescribed the wrong medication.

The Spotlight programme also revealed that Dr Watt carried out an unprecedented number of epidural blood patches, a surgical procedure that involves injecting a patient’s blood into the epidural space in order to close a hole in the dura matter of the spinal cord.  In most cases where patients had this procedure, it has been confirmed that they were not suffering from a condition that warranted this procedure.

Dr Watt was suspended from practice during the investigation and it was confirmed earlier this year that he was due to retire on medical grounds.

We are currently acting on behalf of a number of Dr Watt’s patients who have been affected by the recall, having received an incorrect diagnosis and/or been prescribed the wrong medication.  If you have been affected by the patient recall and are anxious or concerned about a diagnosis or delay/failure to diagnose a condition, please do not hesitate to contact us.  Worthingtons have a dedicated team of clinical negligence solicitors who will gladly provide advice on all aspects of clinical negligence claims in Northern Ireland.

Contact Claire McDaid at our Belfast office on (90434015) or Nikki McConnell at our Newtownards office on (91811538) for advice and guidance on this process.