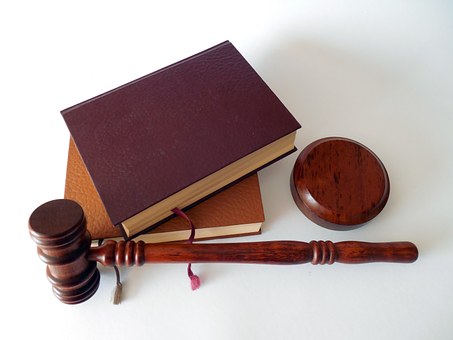 In the case of Maria McKeith v The Committee for the time being of Ardoyne Association, Ms McKeith was dismissed by her employer on 27th March 2015 on the grounds of redundancy, unlawfully, the Tribunal determined.

No aggravated damages for unfairly & discriminatorily dismissed claimant, says tribunal
Ms McKeith brought proceedings against the Ardoyne Association, for claims of Unfair Dismissal and Disability Discrimination by association. The Tribunal held that there had been “no convincing explanation” for the selection of the Claimant for redundancy.

Following the Decision of the Tribunal in March 2016, the Respondent appealed the matter to the Northern Ireland Court of Appeal [NICA]. This appeal was dismissed in November 2016 and the matter was therefore referred back to the Tribunal to determine the award.

Aggravated damages can be awarded by the Industrial Tribunal to provide compensation where the Respondent/Defendant may have behaved in a high-handed, malicious, insulting or oppressive manner in committing the act of discrimination.
Ms McKeith in this case claimed aggravated damages on the following grounds:

The Tribunal dismissed all claims for aggravated damages.

With regards to the first point, despite describing the Respondent’s approach to releasing documentation as “careless, disinteresting, and less than wholehearted”, the Tribunal were not satisfied that their actions were high-handed, malicious, insulting or oppressive “to a degree that would justify an award of aggravated damages”.
The second point was concerned with the Respondent having obtained a copy of the recording and transcript of the original Tribunal hearing and querying the veracity of the Tribunal’s Decision relating to one witness’ evidence. This point was subsequently withdrawn by the Respondent on the morning of the NICA hearing. It turned out there had been a gap within the audio recording of the original hearing. The Tribunal, in its Decision, found that this was a “genuine mistake” by the Respondents.

With regards to the article in the press, the Tribunal stated “the contents of the article cannot be laid at the door of the Respondents”.

In response to the Claimant’s referral to facebook entries by the Respondent, the Tribunal stated:

“while individuals may feel upset that a Tribunal’s decision is not automatically and without equivocation fully accepted by a losing party, that is hardly a matter for aggravated damages.”

Further, the Tribunal went on to state:

“It is worth remembering that in a press release relating to a different decision of this Tribunal which had found that the Equality Commission had indirectly discriminated against an employee on the grounds of gender, the Equality Commission expressed itself ‘disappointed’ at the decision of the Tribunal and stated that it was ‘currently giving careful consideration of the Tribunal’s decision’.”

In relation to the last point, the Claimant’s mother had been employed by Ligoniel Improvement Association who had been a partner of the Respondent. She alleged that she had been advised by her employer that the case could “close Ardoyne Association down” as there was no money for the case. The Tribunal did not dispute whether or not this conversation took place however, in the absence of evidence, they concluded that on the balance of probabilities, the Respondents were not involved.

Ms McKeith was awarded £18,886.31 made up of £10,000 for injury to feelings including psychiatric injury. No money was awarded for aggravated damages.