News & Articles  »  Commercial Property  »  Property development  »  He lives in a house, a very big house in the country! 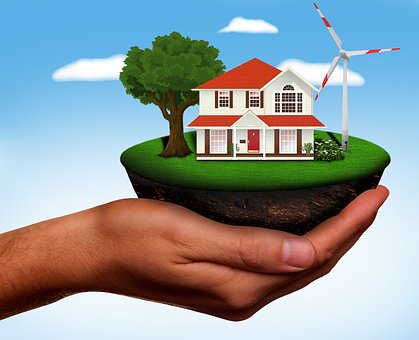 Environmental groups are not happy with the recent High Court decision which declared as unlawful the rule against building in the countryside.

Environmental groups are not happy with the recent High Court decision which declared as unlawful the controversial PPS14 rule against building in the countryside. In the Court action Omagh District Council challenged the decision made on 16 March 2006 by the Minister for the Department of Regional Development (DRD) which, with immediate effect, prevented building of new houses in the countryside with a limited number of exceptions. The remedies available following the decision are awaited from the trial judge.

PPS14 was implemented following consideration by the DRD of a number of views put forward by a wide range of bodies and individuals concerned that the rural way of life should be protected in Northern Ireland. Omagh District Council contended that (1) the planning statement was ultra vires the powers of the DRD, (2) that the attempt to prospectively give determining weight to the statement was unlawful and (3) that the DRD had failed to properly appraise itself by way of proper consultation and enquiry.

The presiding Judge, Mr Justice Gillen, considered the arguments in relation to all three issues. He rejected the second and third arguments but accepted the first and accordingly concluded that PPS14 was ultra vires the powers of the DRD. His conclusion was based on statutory construction, in other words the meaning of planning legislation. He held that the role of the DRD was to provide strategic thinking, guidance and advice and thereafter it was the role of the Department of the Environment (DOE), having considered the views of the DRD, to translate the views into policy. He went on to say that the DRD had attempted to usurp the legislative function given to the DOE namely to formulate policy. For this reason he found the planning statement unlawful.

Mr Girvan was however at pains to point out that he did not underestimate the importance of DRD’s role which he did not see as ancillary to that of the DOE. He acknowledged that it can sometimes be difficult to distinguish between the roles of formulation of policy (the role of the DOE) and formulation of strategy and provision of advice and guidance (the role of the DRD). He also observed that had PPS 14 been issued by the DOE the contents of same might well have been unobjectionable.

According to Northern Ireland Environment Link, which is a forum and networking body for organisations interested in the environment in Northern Ireland, prior to the implementation of PPS 14 three times more houses were built each year in Northern Ireland’s open countryside that in the whole of England, Wales and Scotland combined. It was presumably statistics such as this which were instrumental in persuading the government to issue PPS 14 in the first place. NI Environment Link have been reported as stating that building in the countryside results in loss and fragmentation of agricultural land and wildlife habitat, urbanisation of the countryside, poor local services over a dispersed area, the proliferation of septic tanks and an over reliance on cars.

Many farmers and rural communities take a different view to PPS 14. Over the last number of years, as there has been a decline in income generated from farming, many farmers have sought to supplement their income by the sale of part of their land for development and/or the building of houses for family members. PPS 14 was therefore not a welcome policy as it reduced their ability to maximise the value of their land and there were very real fears that the exemption to the rule that was based on genuine need would still prevent the building of new houses for family members or agricultural workers. Other rural groups including many builders, tradesmen and employees of small family run companies involved in the building industry who face unemployment if houses cannot be built saw PPS 14 as an attack on their community. Anti PPS 14 groups argue that the statement forces a drift to the towns, increases urban social problems, increases demand for social/ public sector housing, leads to an ageing/dying rural population, increases the price of sites where planning is already in place and weakens rural schools; shops; services; communities and activities.

The High Court decision has not consigned PPS 14 to the dustbin; it has merely stalled matters. A special Executive sub group has been set up to consider a more balanced rural development policy. We can only wait and see what policies emerge.