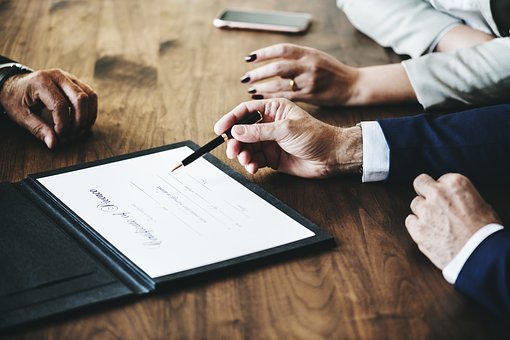 Getting to grips with the tricky nature of leasehold agreements

When is a lease not a lease? If no rent is actually payable can it still be a lease? Does a lease need to be for a term or can it be forever?

Getting to grips with the tricky nature of leasehold agreements
These and other related issues were ventilated by the Northern Ireland Court of Appeal in its recent judgment in the case of Northern Ireland Renewables Limited –v– Harry Carey [2016] NICA 30. Unlike our counterparts across the water, Northern Ireland has not been subjected in modern times to a deluge of new and constantly changing property law and the foundations of our property law remain rooted in nineteenth and early twentieth century Westminster legislation. Surprisingly, however, even some of our oldest and best known pieces of law still give rise to dispute and one such law was the focus of the Northern Ireland Renewables case. The case centred on the true nature of the landlord and tenant relationship and what ingredients must be present before an arrangement can constitute a lease. The single most important piece of legislation governing leases in Northern Ireland is Deasy’s Act of 1860 and it was the interpretation of section 3 which gave rise to the dispute in front of our Court of Appeal some 156 years later.

Despite its age and importance to Irish landlord and tenant law, there has always been debate in legal circles as to exactly what are the legal requirements for a lease to be brought into effect and there have been a number of conflicting judgements given by the courts (north and south) over its interpretation. The case in point was a dispute between a landowner who had entered into an arrangement with a windfarm developer for the erection of wind turbines and related equipment on his land for a term of 25 years. The landowner refused to sign the lease at the time when the contract between the parties required him to and he contended that the document purporting to be a lease could not take effect as a lease at law, in accordance with section 3 of Deasy’s Act, due to the lack of an actual rent being payable at the time the lease was to be granted. The lease made provision for a rent which would be calculated by reference to the capacity of the turbines installed on the land but there was no actual obligation on the developer to install or operate the turbine and in fact no turbine had been installed at the relevant time.

Accordingly no actual rent was payable at that point and on this basis the landowner contended the arrangement did not satisfy section 3 and therefore could not constitute a lease. This argument did not succeed at the hearing at the High Court or at the Court of Appeal although Weatherup LJ acknowledged the academic and judicial debate that had surrounded section 3 of Deasy’s Act for generations. The nub of the issue was that although no rent would actually be due at certain times during the life of the lease, for example before the time the turbines were installed, there was certainty as to the circumstances in which the rent would become payable and that certainty was sufficient to meet the requirement for rent under section 3. The court judgment also discussed the other requirements for the landlord and tenant relationship to arise as set out in Deasy’s Act including the fact that no reversion is required, that is to say the lease does not need to be for a specific term of years (although it usually is) and can actually be ‘forever’. There are many such titles in Northern Ireland, known as fee farm titles, which although not unique to Ireland are very rare in other parts of the world. Under this arrangement the grantee holds the land from the grantor forever in return for payment of a rent and subject to covenants and conditions which are very similar to those contained in more traditional leases for a term.

This judgement of the Court of Appeal (which at the time of writing is not itself the subject of an appeal to the Supreme Court) will come as a considerable relief to those in the renewables industry in particular but also to those involved with commercial property more widely. The arrangements in the Northern Ireland Renewables case are very common in the industry namely an option is entered into with the landowner in return for a small upfront payment and once planning permission and other necessary consents are obtained the developer calls for the landowner for the grant to it of a 25 year lease in a pre-agreed form and that lease will only require the developer/tenant to pay a rent as and when generating capacity is installed and sometimes only once electricity is generated so there will always be periods when no rent will actually be payable. Had the landowner succeeded in this appeal doubts would have been cast over the enforceability of numerous similar arrangements in place across the country. Similarly the enforceability of normal commercial leases incorporating rent free periods would have been brought into question. The judgement brings welcome clarity to lawyers practising in the area of landlord and tenant law in Ireland although the judgement does leave open the question of whether a lease which does not provide for payment of a rent can create the relationship of landlord and tenant. The court would only say that it ‘prefers’ the view that ‘it is probable’ that rent is required for a lease to exist.