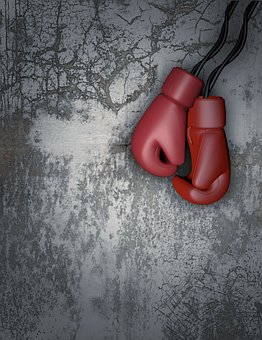 Mr Justice Horner decided that Carl Frampton’s action against his former boxing manger, Barry McGuigan, can be heard in Belfast.

The venue for the related actions brought by Blain McGuigan and the Cyclone Connection against Frampton will be determined by English courts in due course.

The question for some will be, why does this matter? The applicable law will largely be the same and will not affect the outcome. The truth is likely to lie in the cost and convenience attached to litigating in this jurisdiction rather than in London, particularly if both parties look set to go the full 12 rounds.

Although none of the evidence in this case was tested in determining the outcome of this preliminary issue, Mr Justice Horner did remark: “One of the many issues which this litigation will have to resolve will involve the court determining whether this was a deliberate decision on the part of the Cyclone Connection to sow the seeds of confusion and make it much more difficult and complicated for Frampton to enforce his legal rights. However, it is not for this court on the hearing of an interlocutory application to reach a final view.”

This is early sparring in what will undoubtedly be a bruising encounter, but what can local businesses learn from it?

The question of the venue of legal proceedings is often referred to in contracts or terms & conditions. It is often stated that the Courts of England and Wales will govern disputes but that is not always the end of the matter. The Civil Jurisdiction and Judgments Act 1982 is the relevant piece of legislation which is aimed at maintaining continuity between UK courts and avoid conflicting judgments on the same issue.

If proceedings are issued in one jurisdiction of the UK, the defendant can apply to the court to have proceedings stayed on the basis that the venue is an inconvenient forum to determine the case. The House of Lords held in the case of Spiliada Maritime Corp v Cansulex Ltd [1987] AC 460 (The Spilada), that:

“the basic principle is that a stay will only be granted on the ground of forum non conveniens where the court is satisfied that there is some other available forum, having competent jurisdiction, which is the appropriate forum for the trial of the action, i.e. in which the case may be tried more suitably for the interests of all the parties and the ends of justice”.

In broad terms, two of the key factors in determining the venue of proceedings will be: (i) where the defendant resides or is registered as a company and/or (ii) where the contract or tortious acts were performed. However, a crucial part of this decision was seemingly Frampton drawing first blood by serving proceedings first despite Blain McGuigan and the Cyclone Connection having issued – but not yet having served proceedings in England.

Therefore, look carefully at your contract or terms and conditions and think, should this commercial relationship breakdown, where do I want to litigate? If your negotiating position is weak, this may not be something over which you can effect change but it is certainly a material consideration when entering into contracts or issuing terms & conditions.

For now, it looks like Round 1 to Frampton but there are likely to be many rounds to follow if this one goes the distance.