An Industrial Tribunal sitting in Northern Ireland has awarded a Claimant compensation totalling £36,023.03 in a judgment determining that an employer’s disciplinary procedure and decision to dismiss was tainted by racial discrimination and, therefore, both discriminatory and unfair.

The Claimant, Mr Pathrose, was employed by the Respondent, a residential care home, as a Care Assistant from 12 December 2011 until his summary dismissal on the grounds of gross misconduct on 7 January 2020. The Claimant presented a claim to the Tribunal claiming direct and indirect race discrimination and unfair dismissal. The protected characteristic relied on by the Claimant was his national origin; he is from India and English was not his native language.

The Claimant alleged direct discrimination on the basis that, firstly, there was a failure to provide an interpreter at two meetings (which led to a chain of events resulting in dismissal) in February and July 2019, secondly, the Respondent decided to proceed to a disciplinary hearing on the basis of what was said during those two meetings, and thirdly, the Respondent made the decision to dismiss him at first instance and at appeal stage.

The indirect discrimination claim related to a provision, criterion or practice (PCP). This occurs when there is a requirement or condition (a PCP) which is applied to everyone in the same way but has a greater adverse effect on people of a certain racial group. The Claimant’s PCP was the holding of meetings in English, without an interpreter. He argued that he was disadvantaged at these meetings because, due to his nationality, he was a non-native English speaker, and therefore could not properly participate.

The Claimant’s unfair dismissal claim related to allegations that the Respondent failed to follow a fair procedure in dismissing him and that, ultimately, the decision to dismiss in the circumstances of the case was unfair.

The Respondent argued that the Claimant had been fairly dismissed on two grounds; firstly, on the grounds of gross misconduct for having made a false claim of suffering from a medical condition (arthritis), secondly, on the basis that it was not reasonable to continue to employ the Claimant due to continued lack of progress of an external safeguarding investigation into the Claimant’s alleged mishandling of two patients. The Respondent denied any unlawful racial discrimination.

At the hearing, the Claimant challenged aspects of the Respondent’s disciplinary procedure and investigation report. He denied ever stating that he had arthritis; but instead, that he suffered from a condition that was “like an arthritis”. The Claimant, in fact, suffered from arthralgia. Due to the lack of interpreter at the meetings where the conflicting evidence arose, the Tribunal was faced with assessing the credibility of same, finding in the Claimant’s favour.

The panel also held the Claimant’s dismissal by reason of gross misconduct was neither procedurally nor substantively fair and was not within the band of reasonable responses of a reasonable employer. As the holdings of meetings in English amounted to indirect discrimination, the decision to dismiss the Claimant was tainted with discrimination and rendered the dismissal automatically unfair.

As both the indirect discrimination and unfair dismissal claim are interlinked, the dismissal was, therefore, also discriminatory.

This decision is a stark reminder to employers and employees that racial discrimination is prohibited in Northern Ireland by the Race Relations (NI) Order 1997 and the importance of providing an interpreter when required.

For further advice and guidance on employment matters, please contact the Employment Department on 028 9043 4015. 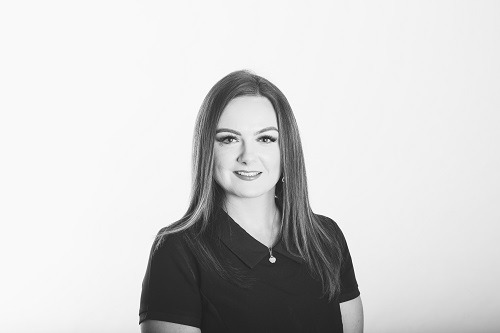