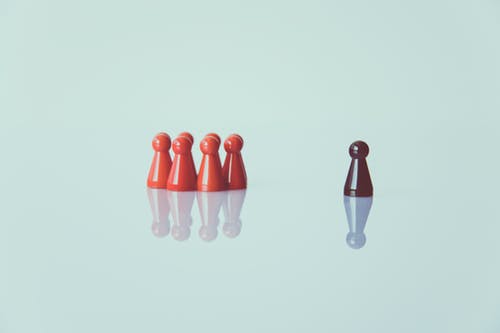 Compensation Award for Sectarian Behavior in the Workplace

Louise McAloon, Solicitor, Employment considers the implications of sectarian behavior in the workplace and failing to ensure a neutral working environment

£9,900 Compensation award for sectarian behaviour in the workplace and failure to ensure a neutral working environment

In a recent decision of the Fair Employment Tribunal in the case of Shane O’Hare v South Eastern Health and Social Care Trust (Case Refs: 113/13FET, 2097/13) the Claimant, who was employed as a specialist nurse at Dundonald Hospital, was awarded £9,900 in compensation on the basis that he had suffered unlawful discrimination on the grounds of his religious belief.

Mr O’Hare’s complained that he had been subjected to a “pattern of adverse treatment” between 2010 and 2013 and that the reason for this treatment was his religion.The Claimant was a Roman Catholic and the other members of the Claimant’s team were Protestant. The Tribunal found that there were a number of incidents which amounted to acts of discrimination, and highlighted the following as being particularly serious:

Drumcree chicken In July 2011 the Claimant was offered a dish in the work canteen, which, in the Claimant’s presence, was referred to as “Drumcree chicken”.A further comment was also made to the effect “Micks at one end, oranges in the other.”The Claimant complained about these incidents, however, no investigation was actually undertaken by the Respondent until the Claimant lodged his Tribunal claim form – even then, the Respondent only investigated the “Drumcree chicken” remark. The explanation for the “Drumcree chicken” comment was that the member of staff who made the dish was from Drumcree.The Tribunal found the explanation for the name of the chicken dish to be “disingenuous to say the least” and that “it ought to have been clear that the naming of a dish in that way…to a Roman Catholic, clearly had the capacity to cause offence.”
Comment by Mrs Walker In 2012 the Claimant requested a week’s leave over the “twelfth fortnight”, to which a member of staff remarked “Why would you want the twelfth off?”This remark was made in the presence of the Claimant’s Line Manager, Mrs Magee.The Tribunal found that this comment amounted to an act of sectarian harassment and that it was “reasonable for the Claimant to be offended…”It further found that Mrs Magee should have stepped in to admonish the member of staff in question, and the fact that “it did not seem to occur to Mrs Magee that there was anything untoward in that comment” was “an indictment of the respondent organisation in failing to get the concept of a neutral working environment across to its employees.”
Flags protest comment In January 2013 Mrs Magee commented that “I just wish they would fly the flag of the country and be done with it.”The Tribunal found that, as a Manager, Mrs Magee should have “known better than to express such a political opinion in the workplace to a subordinate who is not of the same community background as she.”
Drawings of union flag The Claimant complained of an incident where he had came across a “handover sheet” with a Union flag drawn on the back of it.

An investigation was carried out into this matter, however, the Tribunal considered that it was simply “perfunctory” given that the Investigating Officer did not actually request to see the sheet with the flag drawing on it.The Tribunal further held that Mrs Magee did not seem to realise “that a drawing of a Union flag on an official form in a team compromising three members of one community and one member of the other, could have caused offence.”

This case demonstrates the importance of ensuring a neutral working environment for all employees and highlights that a Tribunal will expect Senior Management to have taken steps to actively encourage and maintain such an environment.Employers should also remember that they may ultimately be vicariously liable for the actions of all their staff, whether or not they know about them, unless it can be shown that all such steps as were reasonable were taken to prevent their employees from carrying out these acts.In the above case the employer was not able to demonstrate this to the Tribunal’s satisfaction.

Effective and preventative equality training for management and staff is critical to an employer’s ability to robustly defend discrimination claims., dignity at work issues and how to conduct grievance and disciplinary procedures in the workplace.

Louise McAloon is a Partner in Worthingtons Solicitors Belfast, specialising in employment law and who provides in house training for employers in relation to equal opportunities