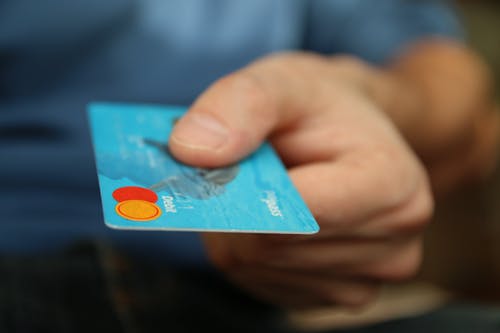 Personal debt levels in Northern Ireland highest in the UK!

The Financial Conduct Authority’s (FCA) recent survey (Financial Lives 2017) found that personal debt levels in Northern Ireland are the highest in the UK, with adults owing £670 more than the national average. The survey also revealed that Northern Ireland also had a lower proportion of savers, with 67% of people reporting they had either no savings or less than £5,000.

Combined with the effects of the Insolvency (Northern Ireland) Order 1989 (Amendment) Order (Northern Ireland) 2016, which raises the level of debt that must be owing to a Creditor before they can petition for an individual’s bankruptcy from £750 to £5,000, it may make successfully recovering debts owed by individuals more difficult.

It may therefore be prudent for Creditors to undertake credit checks against the debtor, prior to entering into any contract, or alternatively, securing a ‘worthsue’ report prior to issuing proceedings, in an attempt to ascertain whether the debtor would be able to pay any decree obtained against them, so as not to “throw good money after bad”.

If a pre-action letter does not provoke a positive response, Creditors then have two options to recover the debt:

Statutory Demand if the amount is in excess of £5,000 for an individual or £750 for a company

If the debt is not paid within 21 days, and no dispute received, the creditor can petition for the debtor’s bankruptcy/company to be wound up

Which method to use depends on the individual factors of the case, for example, how much is the debt, will the debtor be reluctant to be made bankrupt/company wound up, is the debtor likely to challenge the debt is owed.

In reality, most Creditors don’t want to expend monies winding up a company or making an individual bankrupt, and whilst court proceedings are more expensive and time consuming, if successful, you will have a decree against the Debtor upon conclusion.

Again, the Decree can be enforced via a number of methods, namely:

Statutory Demand if the amount is in excess of £5,000 for an individual or £750 for a company– now no dispute can be raised that the debt is not owed

The Enforcement of Judgments Office (EJO)

The EJO has a number of powers to enforce payment of a debt under Article 13 of the Judgments Enforcement (Northern Ireland) Order 1981, as follows:

Attachment of Earnings Order i.e. deductions made by an employer from a person’s wage or salary

Instalment Orders, where fixed payments are required until the debt is paid

Orders Charging Land, which remain on the property for 12 years, and must be satisfied prior to any sale

Orders Appointing Receiver, where the EJO intercept money due to the debtor

Garnishee Orders, where the EJO take money directly from a debtor’s bank account

However, it may be that Alternative Dispute Resolution plays a larger part in resolving debt recovery disputes, given the above problems, the High Court’s stance on mediation, and indeed the need for many businesses to continue to trade with the other party to a dispute.