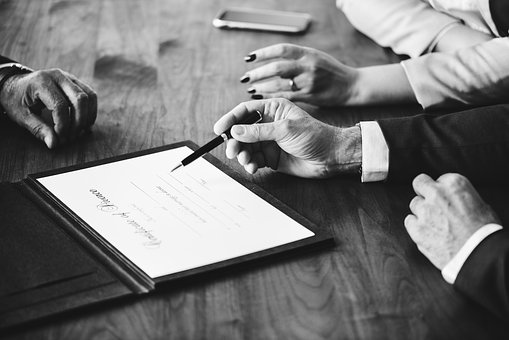 An essential element to any contract is certainty of terms. A recent case in the Court of Appeal, Robert Bou-Simon –v – BGC Brokers LP, highlighted the risks once again where terms to a contract were not clearly recorded in written documentation between the contracted parties.

Mr Bou- Simon was employed as a broker with BGC. As part of this arrangement Mr Bou- Simon signed a loan agreement with his employers where they lent him £336,000 payable to him within 30 days of him becoming a partner or within 30 days of the agreement being signed, whichever was the later. The agreement further provided that the loan was to be repaid from his net partnership distributions and that if he ceased to be a partner after having served a full initial term (four years) any unpaid amounts would be written off.

It was the intention of the parties that Mr Bou-Simon would become a partner but this didn’t happen because the necessary documentation wasn’t signed. Mr Bou- Simon received his £336,000 on 12th February 2012 and resigned on 3 June 2013. BGC sued for the return of the monies and lost in the Court of Appeal.

The Court stated that it cannot imply a term into a contract because it seems fair or because the parties would have agreed to it had it been suggested to them. It is necessary to construe the express terms of the contract before considering whether a term should be implied. The express terms of the agreement dealt with a loan being made to a partner. The situation which arose whereby Mr Bou- Simon didn’t become a partner was not covered by the scope of the agreement.

The Court’s strict approach in this case may seem harsh but it is a reminder of the importance of documenting your contractual terms and having these clearly stated. It is risky to assume that because you are on good terms with a contracting party and have a satisfactory and productive working relationship with them, that you don’t need to formally record terms. If you want to reduce risk and ensure certainty, accurately record the terms in writing and seek legal advice where appropriate to ensure the terms are robust and legally enforceable.