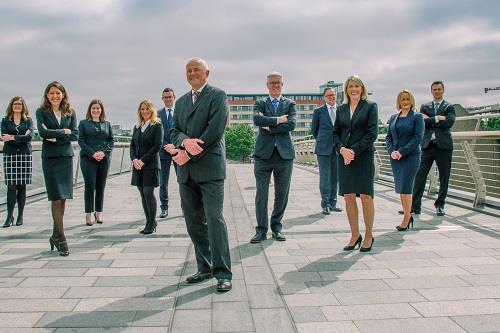 Worthingtons has been recognised in the latest editions of the two main reference directories for the legal profession.

Worthingtons was ranked among the leading Northern Irish firms in the 2020 edition of the Chambers UK guide. Our Employment law and Clinical Negligence teams in particular were picked out and ranked in the top tier of firms. Furthermore several of our partners were individually recognised and ranked in the areas of Charity law and Real Estate aswell as Clinical negligence and Employment. The Chambers UK guide, which ranks the best law firms and lawyers, covers 50 cities and counties in Great Britain and Northern Ireland. Published annually, the rankings are based on extensive research and the independent opinions of clients.

Worthingtons was also delighted to be recognised and ranked in the Legal 500 series in the practice areas of Real Estate, Dispute Resolution, Employment and Personal Injury. We also had a number of partners picked out as leading individuals or “next generation” partners. The Legal 500 directory is an independent series which is regarded as the world’s largest legal referral guide. Over four million users visit The Legal 500 website each year, where firms and individuals are recommended purely on merit. Published annually, the rankings are based on the independent opinions of clients and research carried out by a team of editors.